So according to Canon on Twitter today is #ThrowbackThursday and they posted this great pic of all of the old Canon Cameras in this tweet. 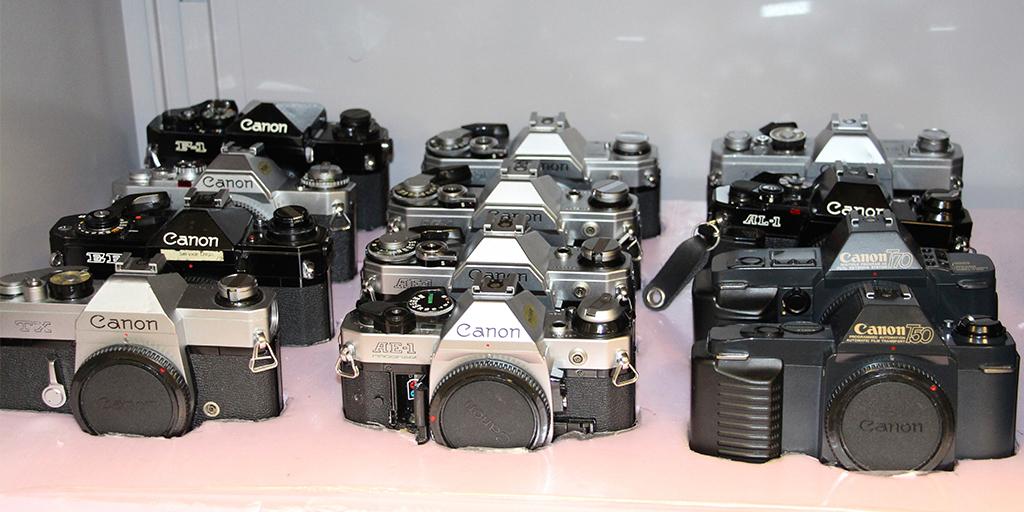 They were missing one however, my favorite and the one that made me love holding a camera and taking pictures which was the T90.
Of course this made me think back to when I first learned photography which was while I was in college. My roommate at the time was a photographer and I had pretty much zero experience in photography. Hearing him talk about taking pictures (it didn't hurt that at the time he was taking a lot of pictures of girls)made me think that I might really enjoy that so he lent me his old Pentax K1000 to try out. So I tried it out and really enjoyed looking through the lens and seeing the world in a different way.

But then, he let me hold his T90 that he just bought and I fell in love. It fit so nicely in my hand, and it sounded awesome, like a robot machine gun. That's when I fell in love with taking pictures. So with my next student loan check I bought a used T90 (which was still real expensive), switched my major to photography and the rest is history but that T90 was my workhorse for more than 15 years until I switched to digital and it finally died. But as you can see, I still have it as a reminder of my early days of photography and of all of the great times that it has captured.
Posted by Unknown at 4:56 PM

I am an artist, photographer, designer and all around creative individual. I studied photography and art at the University of Arizona and one thing I learned was that drawing was a talent that eluded me, so I stuck with photography which I seemed to have an eye for. The works of the great painters however were always something that I wanted to strive towards so I learned how to combine photography and painting together and now with digital media my options for creating art are even greater.